Recently I  withdrew an article from a well-known nationally recognised peer review journal.  As I read the assessor comments I realised rule number one in doing peer review articles; publishing your work in the right journal.

It is so easy as Black academics to push for validation from those quarters that seldom appreciate the abilities and insights we have. I nearly fell into the trap of locating my work in a generic journal that would render the context of my work invisible in a sea of colour blind articles.

I write about Black men and criminal justice and need an audience who are sensitive and committed to seeing my research as part of a wider discourse on race, racialisation and crime as a whole. Important as the journal I submitted my article to was, I realised it had limited possibilities on the wider debates on race and crime taking place within social science, and in particular criminology in the UK.

However, in  the US, Caribbean, and Africa, these debates are on-going, questioning, and unapologetic for confronting relevant issues, race and racialisation being key drivers when looking at Black men in relation to crime and criminal justice.

The lesson learned is ensuring I put my work on a relevant and appropriate footing, as opposed to looking for so called mainstream validation that in spite of its best intention still renders Black perspectives invisible. The assessors of my article understandably did a great job in identifying its weaknesses.

The main one being attempting to distil my thesis into an article, as opposed to locating my position in criminology in the right context.  So I decided to scrap the original brief and tell my truth. The result meant the article was no longer appropriate for the original journal submission as it was too generic, which is fine but it wasn’t appropriate for where my work needs to be located.

I also realised that I got caught up in the post viva moment and REF (Research Excellence Framework) requirement without thinking things through. However, the assessor’s comments pushed me to consult scholars involved in race and crime here in the UK and abroad, to seek their council.

They agreed with my analysis and were critical of me having a stance such as looking for mainstream approval. In essence I’ve come of age. My expertise is consistent with any scholar who writes extensively from their own context, albeit serial murder, terrorism, etc.

In my case it’s race and crime, with specific reference to Black men. Essentially I’m growing and establishing my own identity as a criminologist much the same as everyone else. I would love to have articles published in many journals but if the audience and impact limits the profile of the kind of work I’m passionate about, then its better I don’t publish.

Alternatively I’ve started thinking about setting up my own journal around race and crime that would attract those who want to join me on this journey. I’ve now rewritten the article and am looking at new offers from a wide range of sources here and abroad. If what I’ve written resonates with you, please holla at me. 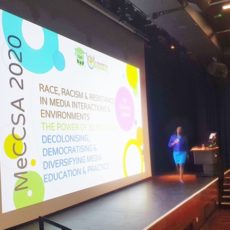 Why the act of Blackface is never benign

2 thoughts on “To be or not to be peer reviewed: a pertinent question”