BBA Founder Dr Deborah Gabriel delivered a presentation on the Black Sister Network’s Ivory Tower project at the University of Texas on 12th August, hosted jointly by the Black Studies Dept and Center for Community Engagement.

During her talk, Dr Gabriel spoke of the urgent need for Black British Academics to focus on race and gender inequality, given the marginalisation of issues around race within discussion and policy on gender equality.

She stated that the lived experience of women of colour, coupled with CRT and Black feminism as the conceptual approach, was key to the success of the book in engendering a critical consciousness among a diverse readership. The audience of women included faculty members and graduate students, who conversed freely after the presentation.

After the talk, Dr Gabriel presented signed copies of Ivory Tower to the John L. Warfield Center for African and African American Studies. It has been a focal point for campus and community life around the cultural, sociopolitical, artistic, economic, and historical experiences of Africans and their descendants.

Dr Gabriel then visited the Barbara Gordon statue with Jennifer Cumberbatch, a writer, vocalist, actress, playwright and Christian Pastor. As she stood next to the statue of Barbara Jordon; lawyer, educator; the first African American congresswoman from the south and the first woman elected to the senate; Dr Gabriel said:

“I’m so uplifted and humbled to be standing in the shadow of a truly great, pioneering woman. It’s awesome that her contribution is honoured here on campus and she can continue to inspire women like me.” 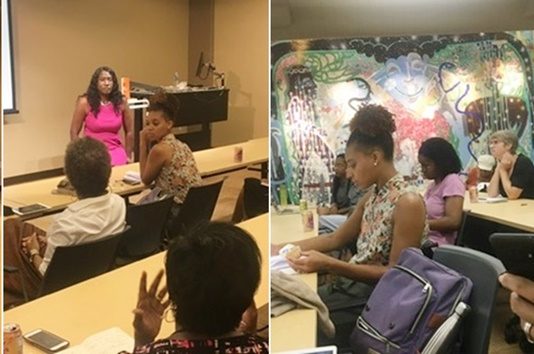 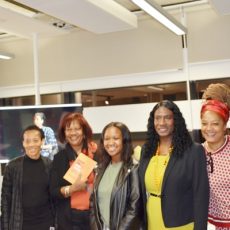