The legendary Jamaican reggae artist Bob Marley, visited Bournemouth University to highlight the link between international relations and the dehumanisation of people of African descent through slavery and colonisation as expressed through his lyrics – in a politics guest lecture.

The global icon, who passed away in 1981 was of course not present, though his advocacy around social issues and their relevance to political engagement and international relations were embedded in critical pedagogy through Robbie Shilliam, Professor of International Relations at Queen Mary University London (and a  valued member of the Black British Academics community).  A key strand of his research focuses on decolonising international relations theory.

Prof Shilliam argues that while most postcolonial theory focuses on the relationship between the colonised and coloniser, his research explores ways to theorise the global relationships between differentially situated (post)colonised subjects, and seeks to map out how these relations have inspired and engendered critiques of a colonially inflected global modernity.

“What might Bob Marley have to say about international relations? Or, how might a concern for Black Liberation orient us differently towards an understanding of international relations?” These were questions posed by Professor Shilliam at the start of the guest lecture I organised for undergraduate students of the BA Politics degree.

Prof Shilliam drew on both Bob Marley and Jamaican poet Mutabaruka, to demonstrate how their lyrics politicise and critique the institutionalised oppression and dehumanisation of people of African descent; which drew parallels to current political demands for independence in many parts of the world, such as Catalonia.

I’m sure most would agree, that he aptly demonstrated that the issues Bob Marley speaks to through his music, around slavery, freedom and oppression are central, not peripheral to international relations. 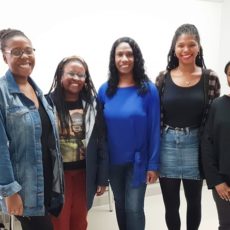 BASE launch hailed a success

Why we established BASE from the founding members