My study provides one of the first contemporary empirical analyses of the ways in which the Value of Human life (VoHL) is framed in health policy and practice using an HIV/AIDS case study in Zimbabwe.

The debates on the Black Lives Matter movement in the US, refugee crisis in Europe, Xenophobia attacks in South Africa, LGBT prides worldwide, and the HIV treatment campaigns in Africa have been rallying cries for value of human life. Although different in their core objectives, they each question whether human life is valued or not and campaign against premature mortality, humiliation and discrimination.

The key arguments in all these movements are that all lives matter, all lives have value and lives need to be accorded their inherent worth. But none of these debates have systematically provided an empirical analysis of how human life is valued in policy and practice.

With more than 75% of its population experiencing poverty, in 2015 Zimbabwe was considered one of the world’s poorest countries. It sits at the centre of the global HIV/AIDS epidemic and remains one of the hardest hit countries accounting for 5% of all new infections in sub-Saharan Africa.

Zimbabwe’s 15% HIV prevalence rate was 19 times the global average by 2014, and the total years of life lost due to premature mortality increased by over 150% between 1990 and 2010 because of HIV/AIDS.

My research asks how the framing of the value of people living with HIV/AIDS (PLWHA) has influenced their treatment by the Zimbabwean government and wider society and examines how PLWHA frame their own value. Finally, the study investigates the implications of valuing PLWHA, for their lives, or conversely, their deaths.

Using a constructivist epistemology, my study draws upon ethnographic research undertaken through observations and document review and triangulates methods with interviews and focus group discussions. While there are some contradictions within and between groups of study participants in the ways they frame the value of PLWHA; the study finds consensus within and between these groups in the manner in which they tend to value PLWHA.

In my study, framing the value of PLWHA brings out several new ways of thinking, both concerning the ways of public health policy formulation, implementation and monitoring, and the ways in which we understand the politics and consequences of decision-making on the VoHL.

My research identifies the concept of allowable death as one with relevance in Zimbabwe and the broader African context. The concept is also particularly important at the global level and in particular on the 2030 agenda for Sustainable Development Goals as it provides explicit means to discuss social justice through enforceability of health rights.

Putting the concept of ‘allowable death’ along with policy discussions on premature mortality has significant implications for decisions made along the path toward ‘’leaving no one behind’’ and protecting the inherent dignity and value of every person.

Fortunate Machingura recently defended her PhD thesis at Manchester University and expects to be awarded the degree of Doctor of Philosophy after completing the customary corrections. 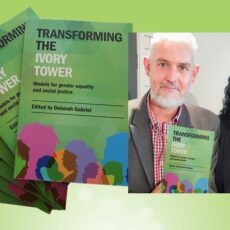 Can We Talk? How Allies Can Help Dismantle White Privilege

5 thoughts on “Allowable death and the valuation of Human Life: PhD thesis on people living with HIV/ AIDS in Zimbabwe”