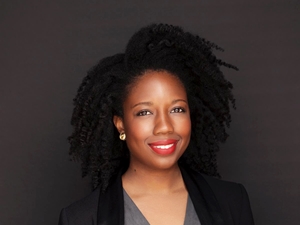 As a creative, scholar and organizer, Virginia Cumberbatch’s work sits at the intersection of community advocacy and storytelling. Virginia began serving as Director of the Community Engagement Center (CEC) in the fall of 2016. The CEC is the community engagement arm of the Division of Diversity and Community Engagement at The University of Texas at Austin. Virginia's portfolio includes incubating the Social Justice Institute, and connecting the resources of the university to the community to address concerns of equity and access in education, housing, health-care and social justice. Under her leadership, Virginia has cast new vision for the Center, positioning it as the "front porch" of the university, a space of trust, reciprocity, reconciliation, and mutually beneficial partnerships to serve historically underserved communities of color. In 2015 she co-founded HUX STORYHOUSE, a creative strategies collective that uses culturally relevant storytelling to help organizations and institutions engage thoughtfully and authentically with markets across the Black Diaspora (she served as public engagement strategist from 2015 - 2017).

Born and raised in Austin, Texas, Virginia is a founding board member of Six Square: Austin's Black Cultural District, an organization focused on preserving Austin's Black history and heritage in East Austin and on curating ongoing cultural and economic contributions of Black Austinites. She is the former Curator of the Global Shaper hub in Austin (part of the World Economic Forum), a network of young people around the world driving dialogue, action and change; on the board of KLRU (Austin's Public Broadcasting station); the Waller Creek Conservancy; and in 2011 was vital in re-launching the National Urban League's Young Professionals program in Austin. In 2017, she was appointed to and is currently serving on the Mayor of Austin's Task Force on Institutional Racism and Systemic Bias. She is the recipient of the 2016 Anti-Defamation League of Austin Social Justice Award and the 2018 Austin 40 Under 40 Award for Civics, Government and Public Affairs. Her book, As We Saw It: The Story of Integration at The University of Texas at Austin, was published in the spring of 2018.

Virginia received her bachelor degree from Williams College in 2010 in history and sociology with a focus on race studies and her master's degree from the Lyndon B. Johnson School of Public Affairs at The University of Texas at Austin in the spring of 2016.